When Should The Church Disobey Civil Authorities?

A Response from the Pastors of Faith Church 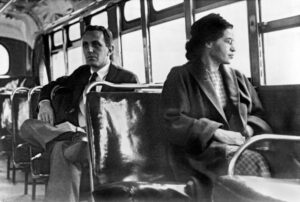 At the moment, the state government has asked us to require mask usage in the church. The question posed to us as a church is: do we obey or disobey the government?

Two passages come to mind that both command Christians to obey the government (Rom. 13:1-7 and 1 Pet. 2:13-17. Romans 13 teaches that governments are instituted by God and exist by his authority.   The government is “God’s servant for your good.”  While the Roman rule of the 1st century is different than our democratic governance, we must affirm that elected officials have delegated authority that should be respected.  Under God’s good providence, by way of each citizen’s vote, American governing leaders are put in place and given authority.

Further, the 1st century Roman rule was anything but consistent in governance.  In a dictatorial reign, with one man as emperor, the potential for corruption, inconsistency, and abuse was even greater than what we have in America today.  Consider Nero’s rule, which was likely the backdrop to Paul and Peter’s teachings.  Suffice it to say, it wasn’t pretty.  And yet both Paul & Peter’s instruction about submitting to governing authorities isn’t limited to “only when they are consistent.”

If we are waiting on consistency of rule before we will obey Romans 13 & 1 Peter 2, then we will have to wait for King Jesus to establish His Kingdom. Are we saying that the church should submit to the authorities in every situation? No. We are saying that, as long as the church’s primary functions of gathering, preaching etc. aren’t hindered, we should be very cautious to jump to civil disobedience.

Principle #1: Christians should always disobey the government when they command you to sin.

Principle #2: Christians may choose to disobey the government when it is a reasonable political action to attain a just end.

When the government commands us to disobey God, we should disobey the government and obey the Lord. But when the government has an unjust law, the ethical situation is not nearly as clear. Civil disobedience for political ends is not necessarily compulsory for Christians.  Christians will disagree on political strategies, even while agreeing on the biblical principles of justice they are seeking.

Can we say with certainty that there is a malicious plot to control Ohio residents by way of masks?  No, that is far from clear.  If the answer is “yes” then we might be compelled to practice civil disobedience.  Some of us may be skeptical of our leaders’ motives.  But we should be slow to condemn our leaders unless we have definitive evidence.  In fact, if we condemn without definitive evidence, we are breaking the 9th commandment by bearing false witness (Deut. 5:20).

Principle #3: In most cases, it should be easier for an individual Christian to practice civil disobedience than for an entire church to practice it.

As an important point of reference, the Supreme Court recently voted in favor of Nevada’s mandate for churches to limit/stop gathering while allowing casinos and theatres to continue hosting guests.  This was extremely disappointing.  We wholeheartedly agree with Judge Gorsuch’s dissenting view:

This is a simple case. Under the Governor’s edict, a 10- screen “multiplex” may host 500 moviegoers at any time. A casino, too, may cater to hundreds at once, with perhaps six people huddled at each craps table here and a similar number gathered around every roulette wheel there. Large numbers and close quarters are fine in such places. But churches, synagogues, and mosques are banned from admitting more than 50 worshippers—no matter how large the building, how distant the individuals, how many wear face masks, no matter the precautions at all. In Nevada, it seems, it is better to be in entertainment than religion. Maybe that is nothing new. But the First Amendment prohibits such obvious discrimination against the exercise of religion. The world we inhabit today, with a pandemic upon us, poses unusual challenges. But there is no world in which the Constitution permits Nevada to favor Caesars Palace over Calvary Chapel.

Principle #4:  Recognize that our decisions, as individual Christians and as a church, will either help or hurt our gospel witness.

1 Peter 2:13-17 teaches that Christians living under Roman rule should “submit to every human authority because of the Lord.” Why should they submit? “For it is God’s will that you silence the ignorance of foolish people by doing good.” How does Peter think that obeying the law will silence the ignorance of foolish people, even when they were living in a period of Roman rule marked by injustice and abuse of power?  Obeying the government protects the church from slander. As Christians live upright lives even in Roman terms, the work of the Gospel is advanced.

Let us not give the world reason to slander us! If we as a church disobeyed the mask order, would that help or hurt our evangelism? While there are other important points to consider, this is a key factor as well.  The reputation of Christ in our community matters.  It’s impacted by how churches obey the government. Obviously we are not saying that we let the culture define our morality. But we do seek to remove barriers to the gospel. The Gospel is offensive enough.

Principle #5:  Don’t let your personal views, preferences, or political actions remove you from the Gathered Church.

God has commanded Christians to gather regularly for worship with their church families (Heb. 10:24-25).  Thus, in order for any Christian to actively disobey this scriptural mandate, there must be a significant reason.  We acknowledge that some of you are staying away for good reasons, and for a temporary season.  But some of you are not attending church for poor reasons.  Friends, in your attempt to disobey Caesar (“I refuse to wear a mask”), make sure you’re not disobeying Christ (“I won’t come to church if they require a mask”).  Frankly, it is difficult to reconcile your principled protest with the clear teaching of Hebrews 10:24-25.  If you can wear a mask to Kroger, surely you can wear a mask to church in obedience to the scriptures!

Since Faith Church is not engaging in corporate civil disobedience, don’t let your personal views, preferences, or political actions remove you from our fellowship.  If you want to take a stand against masks, then we ask you refrain from doing that in the gathered church. Put aside your political statements for 2 hours in order to be with your spiritual family, the embassy of the better kingdom.

We must learn to engage in politics in a way that upholds righteousness and justice while maintaining the unity of the body. Not attending church because of the mask requirement is an entirely ineffective political action.  Instead, we’d encourage you to wear your mask and gather with your church family on Sunday mornings.  Your soul needs the worship, Word, and fellowship that our Sunday gatherings provide.  As we recently learned from 1 Cor. 12, we need you and you need us!

We write these things because we love you.  We realize you may disagree, but we want you to know what we are thinking.  May the Lord see fit to increase our joy in Him, our love for one another, and our gospel impact on the community.  Amen.